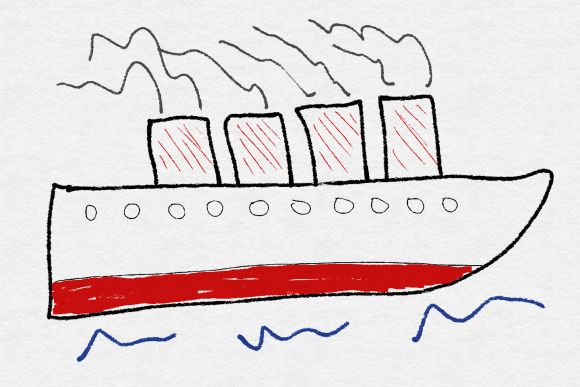 Do you have an uneasy feeling when you “agree” to legal terms on websites, your iPhone, apps, and the like? You feel like you should be reading the terms before you accept them, but you don’t have time. Plus, you wouldn’t understand them if you read them. Plus, you have no choice but to agree to the terms, so why not save some brain cells and just click “I agree” and get on with your life?

It’s easy to make comedy out of this because it’s so absurd. For example, over 7,500 online shoppers unwittingly sold their souls in 2010 to Gamestation, an online gaming store, via the company’s online terms. The amazing thing about this April Fool’s prank is not that most shoppers failed to notice that they were selling their souls but rather that 12% of the shoppers actually noticed the “immortal soul clause” and opted to save themselves.

And who could forget the South Park Human CentiPad episode where business casual G men come looking for Kyle to enforce the Apple iTunes terms and conditions? My favorite part is when Kyle’s friends say in amazement, “You didn’t READ them? … Well, how do you know if you agree to something if you don’t read it?” Good question indeed.

And then there are the poor folks who gave up their firstborn children in this experiment and in this one.

Although it truly is impossible to know if you agree to something when you don’t read it, people can’t read all the terms that are presented to us. This 2012 Atlantic article reports on a Carnegie Mellon study that estimated that it would take 76 work days to read the privacy policies one encounters on websites each year. That’s just privacy policies, which tend to be pithy compared to full-blown online terms. And that was years ago; online terms have grown since then. And of course our electronic devices have their own terms. The Amazon Kindle’s terms alone would take nine hours to read.

Does it really matter?

Sure, no one reads online terms, and courts are engaging in a fiction when they enforce as an “agreement” something that they know hasn’t been read. But what’s the harm?

A lot of cases considering online terms involve boilerplate provisions such as venue clauses, which purport to require users to sue in a specific state. Such venue clauses make defending suits more convenient for the website owner and considerably more expensive for the user, who would have to hire local counsel and probably travel out of state for the litigation. But even if the parties were to negotiate this clause, the consumer would never win. Apple is simply not going to agree to defend itself in Missouri just because one of its users would prefer that. So in this case when users click “I agree” they are truly agreeing to something that they would agree to even if the contract were fully negotiated. Is there any real harm in that?

More disturbing are the clauses that require disputes to be settled by binding arbitration and that prohibit class arbitration. I’ve always been skeptical of the value of most class action lawsuits to the individual plaintiffs who often receive little from class action settlements and judgments. Thus, I stated in my 2011 post AT&T Mobility v. Concepcion: Is Class Arbitration Dead? that giving up a possible class action in exchange for an arbitration regime that provides real relief to consumers wouldn’t be that bad. (The Supreme Court’s breathtaking post-Concepcion decisions showed just how naive I was.)

I started to think more deeply about this problem after reading Margaret Radin’s book Boilerplate, which helped me to see how online terms such as arbitration clauses with class action waivers completely nullify fundamental rights, such as having access to courts. It’s not that I think there’s anything wrong with arbitration agreements, or even class action waivers, but people who give up fundamental rights should at least know what they are doing. The rights should not be taken away unless users agree to it. Not fake agree, but really agree.

Another factor to consider is that courts have safety valves to keep seriously onerous provisions in online terms from being enforced. One is the doctrine of unconscionability, which permits courts to refuse to enforce terms that are seriously out of whack. Another is the doctrine of reasonable expectations, which allows courts to kick out contractual provisions that a typical consumer would not reasonably expect to be in the contract. So your souls and babies are safe, even if you click “I agree.”

But even though the most onerous provisions might be thrown out by a court, it’s problematic that basic rights such as access to courts are relinquished through a farce. Everyone knows nobody reads online terms. How can basic rights be nullified through such a fake process?

Last weekend I read an article by Robin Kar and Margaret Radin titled Pseudo-Contract & Shared Meaning Analysis. The too-short and over-simplified summary is this: When people enter into a transaction such as an online purchase of a song from iTunes, there is true agreement as to basic terms, such as price, the identity of the song, and that the user is getting a personal license to play the song. Although Apple makes consumers click a button stating that they agree to Apple’s voluminous terms and conditions, most of these terms–although masquerading as contract terms–are actually “pseudo-contract” terms. They are fake because true contracts are agreements, and there is no agreement–or even awareness–of these pseudo-contract terms on the part of the consumer.

Kar and Radin also provide a framework for determining which terms are true contract terms and which ones are fake, which they refer to as shared-meaning analysis. I’m still mulling over the article and its implications for contract boilerplate and broader contract law, and I want to revisit Radin’s book Boilerplate, but the article really stimulated my thinking. If you are interested in a thoughtful, scholarly discussion of the issues, I encourage you to read Kar and Radin’s article. It’s much shorter than the Kindle terms and conditions.